Prehistory of the character

My characters create themselves, I just draw them. They all have origin stories, they all mean something, at least to me. Buckingham Warrior was inspired by my father whose family lived on the land that is now Ukraine. He was a freedom fighter who hid and lived in the birch forest, fighting real Nazis.

All of my characters can be read in different ways, depending on the moment and the place. Buckingham Warrior’s origin is Eastern Europe. The different editions were named after my parents’ hometowns and regions: Berezne, Kostopol, Wolyner, and Rovno. It is fitting to have one standing in for today’s Ukraine.

Today Buckingham still stands for strength and resilience, even when knocked down by powerful forces. He represents the will to survive, shown today with thousands fighting in Ukraine to keep their country’s sovereignty, and the millions of people fleeing danger who just want to live. That was my father. He just wanted to live and start again, after losing most of his family during the war and being displaced.

My hope is that this character inspires action, in whatever shape it can take – through art, music, writing, helping out others, being vocal about and sharing the ugly reality of what’s happening, or even taking up arms.

The video was released 8 years ago, but is extremely relevant today. Only the symbolism has changed

Born September 27, 1960 is an American artist, cartoonist, and animator who investigates history, heritage, and the human condition (especially love, longing, and loss). Through iconography and visual narratives that celebrate “the beauty of the bittersweetness of life,” his work brings together the worlds of popular culture and fine art.

Gary Baseman was born and raised in Los Angeles, California. He was the first American-born child of four to Ben and Naomi Baseman, both Holocaust survivors originally from Eastern Poland (now Ukraine). His parents believed strongly in the American Dream, and instilled in their son democratic ideals, using their right to vote, unionize, and advocate for issues that resonated with them. Having experienced horrific history, they encouraged their son to show empathy and compassion for others, as well as be true to oneself.

Baseman’s career includes illustration for clients including The New York Times, Rolling Stone, and The Wall Street Journal and the bestselling board game Cranium; as well as animation for the Emmy and BAFTA award-winning series Teacher’s Pet and its subsequent feature-length film of the same name for ABC/Disney. He is a frequent speaker at international conferences on graphic and multidisciplinary arts and visual communications. Recent projects include a collaboration with COACH; a documentary Mythical Creatures about his family heritage; a traveling retrospective that featured hundreds of his paintings, photographs, videos, and toy and costume designs. 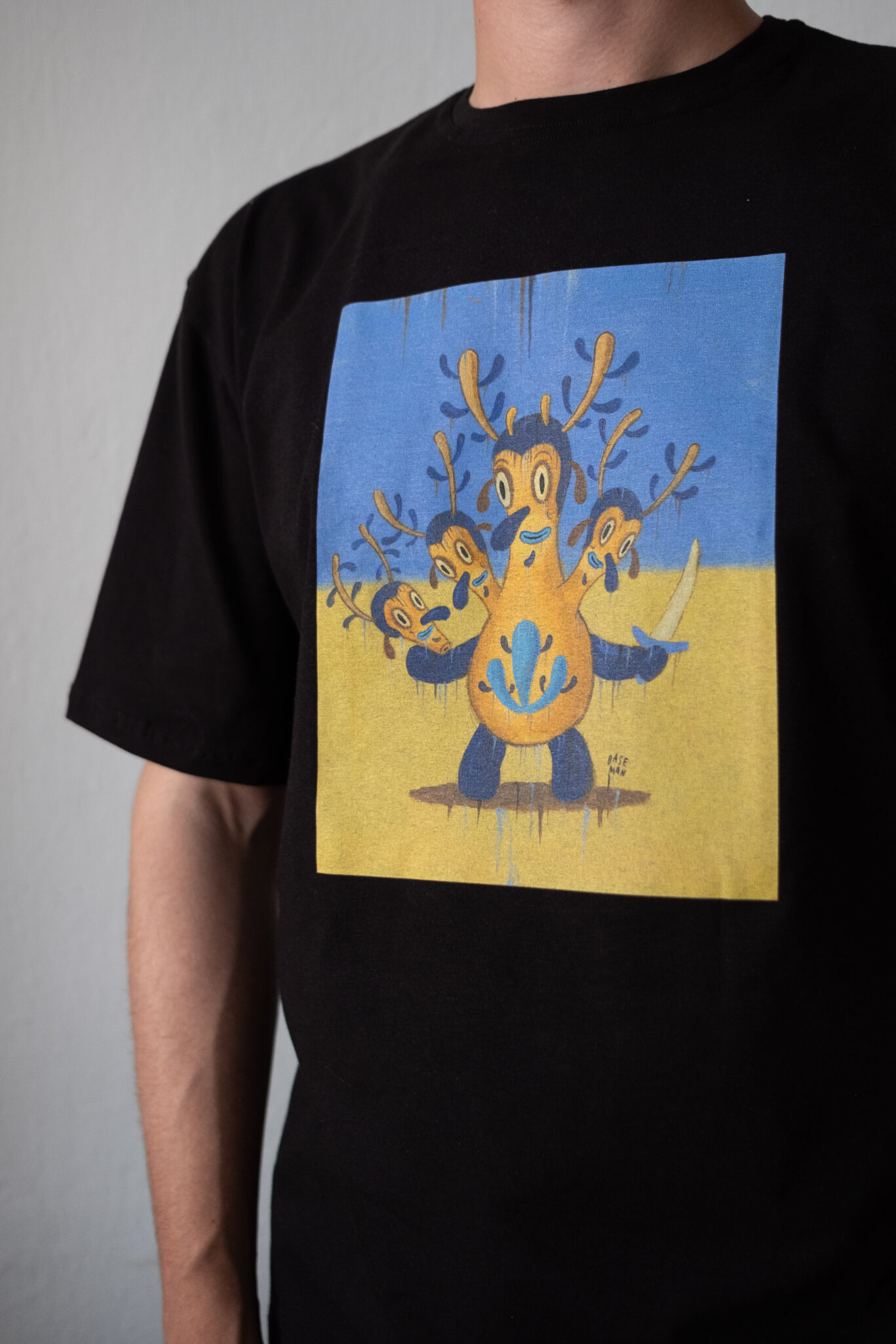